This Business Grows Every Time Fido Does His

Find a Location Near Me 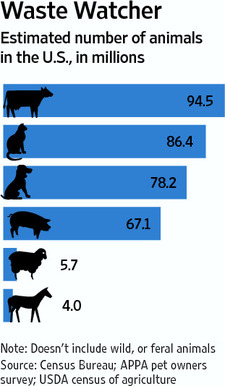 With licks and wags, two huskies, Rocky and Sophie, greet Ron Vecchio at the 10th stop on his Tuesday route. They know that in the four minutes it takes him to flick their backyard droppings into a debris pail, he’ll toss them some dog biscuits.

Ron and his wife, Christina, make about 150 stops a week in western Long Island, charging $12 to clean up after one dog once a week, $21 for two dogs twice a week.

In the decade they’ve been at it, dog-waste removers have portrayed themselves as punny novelty businesses. Start-ups named Dr. Scoopy Poo, Dog Entremanure, Yucko’s, Grand Poobah, Call of Doodie, and their own Mine Sweepers Pet Waste Removal, got lots of you’re-not-going-to-believe-this media attention. The recession hurt. Puns went only so far.

Back to top
This site uses cookies in order to offer you the most relevant information. Please accept cookies for optimal performance.